a film has appeared on youtube called “ticket to hell”. and it is fabulous. 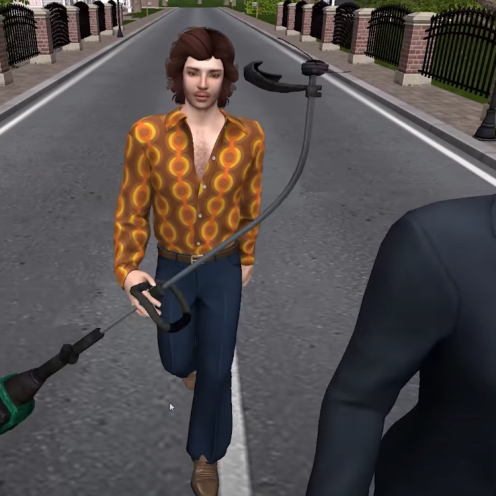 the lawn business is a hard one

not everyone wants their lawn mowed or maybe it is a matter of timing? 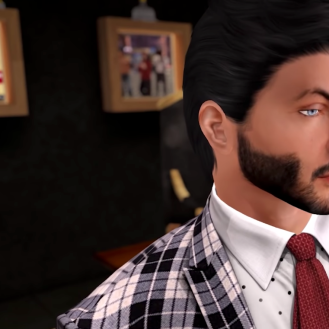 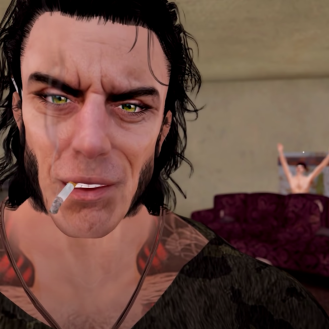 mr. moon after “playing” second life for a while

it captures the spirit of second life – the fun, the “danger”, the madness, the [not always authentic] anti-conformist attitude of its residents which is often entangled with middle-schoolish clique behavior, mirroring real world peer pressure in regards to appearance and looks: “a ticket to hell” for me distills at least part of the essence of this “freewheeling” creative spirit better than many of the more “straight-laced” documentaries and vignettes, including some of my very earnest early work …

yes: this machinima will be described as offensive by some and i am prepared to receive messages of dismay [“dear drax, how could you amplify something that perpetuates the stereotypes you fought so hard against?”]. no doubt: this collaboration between mr. moon and his pal brendon voitz aka vertiigogaming who performed in best improv fashion alongside scripted lines for 70 entertaining minutes WILL be polarizing the sl community.

how could i condone the repeated depiction of offensive activities as they appear in this film you may ask? well: i am a fan of context and i am a fan of offbeat art. i am a fan of aleandro jodorowsky for example, whose “montana sacra” deeply offended some religious folks for its imagery despite the film [at its core] being a celebration of spirituality. and that obvious focus can only be gleaned by looking at the film in context: not only as a whole piece but also in relation to its maker, to the time and place of its origin and so on an so forth. mr. moon depicts activities as his character encounters them, and he encounters them because they do happen in sl, as – by the way – they do in this so called “real” life. and in the film’s narrative they happen in a context that – in my final analysis – ultimately celebrates the imaginative creations of second life residents and the power of sl – through being such an open platform – to inspire folks to seek a creative life [rather than a destructive one].

and lastly: the way the film is framed and narrated through the lens of its two main protagonists it shows the “yin and yang” of sl: the promise and the peril = while mr. moon sees wonders and beauty, brendon [who seems to love my “make sl great again” hat by the way] sees dangers and depravity, however he turns out to be the one who ultimately takes advantage of the gullibility of some residents and shows how – if you are cynical enough – you can become rich on the backs of ordinary folks in-world. alright: time to stop before i go all neoliberal analysis on ya all …

enjoy the conversation with mr. moon and brendon voitz:

and some more context and stuff to read/look at:

Hey everyone, don't miss out on the showing of "Our Digital Selves: My Avatar is Me!" starting in @SansarOfficial at 12:30pm PDT (3:30pm EDT). This is a great film you will NOT want to miss! @draxtor @Demonkid @dafsalsa @ebbealtberg @philiprosedale @GeckoShyla @Daisy_the_Gator pic.twitter.com/QaGmjfk1Tq

i was going to be in Paris this week with #ourdigitalselves 😪 pic.twitter.com/LmBM6SKM9g

the drax files radio hour is a weekly production of basicdrax entertainment.